WHEN ELECTRICITY CAME TO SPREYTON

Until 1955, there was no electricity laid on in Spreyton or the surrounding villages. People relied on oil lamps, oil heaters, wood fires and wood-burning stoves. At last, in April 1955, electricity lines were brought to Spreyton and electricity was laid on to any house that wanted it (there were still a few who did not want this new-fangled invention). A great celebration was organised to mark the event, and George Lambert of Coffyns, who was the local M.P., performed the opening ceremony. The following is a letter that George Lambert’s sister Grace wrote to her uncle in London on 21 April 1955, describing the celebrations.

“We now have electricity, and just can’t imagine how we ever lived without it. It made a wonderful home-coming for Mummy and Daddy, for it was still very cold when they left the warm hotel at Exeter.

We had a wonderful inauguration when George pressed a button and the village lit up – although, at the time, we were not quite connected. The electricity Board, as a celebration, flood-lit the church, which was one of the finest sights I have ever seen – this old church standing out against the moor at the back. It was hardly surprising that the fire brigade, sent for to put out somebody’s car, thought the church was on fire.

At the pub, they cooked a 50lb joint of beef, and even the firemen joined in the feasting, so you can see that a good time was had by all. Now the villagers are busy making use of the different electrical appliances left on approval by the different electricity firms – the bailiff’s wife has hoovered her whole house, and I have told Sidney [Manning] the gardener that, if he didn’t take the chance of getting all his clothes washed in the Hoover washing machine, he must be a fool.” 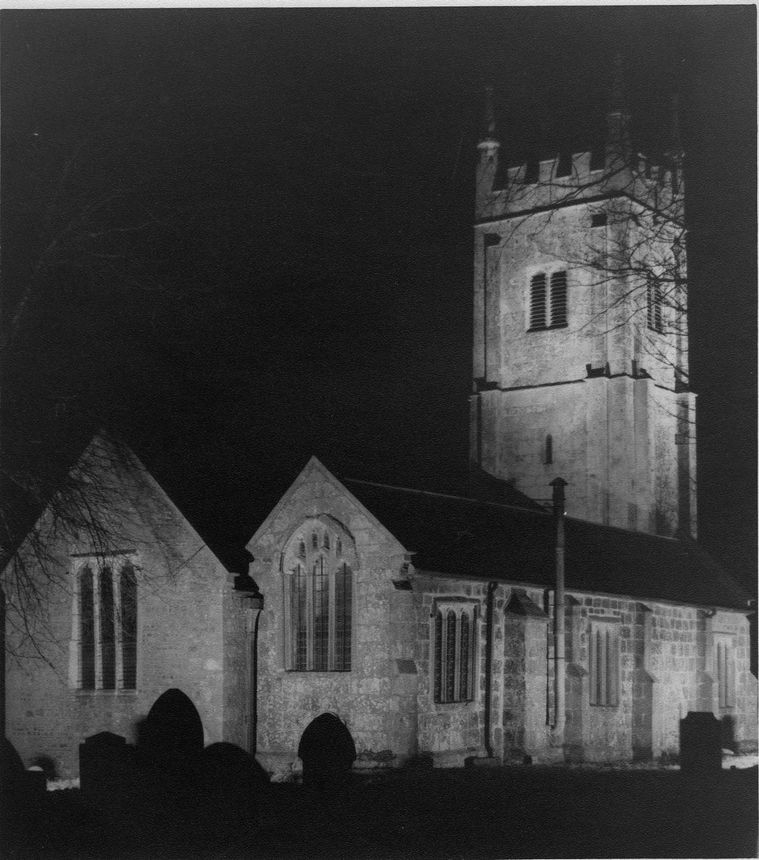 The church floodlit in 1955